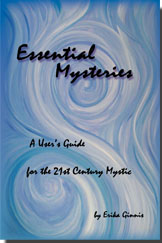 By Erika Ginnis (from a talk originally given in the 1980's)

Havingness is simply the ability to have as ones own; to have physical things, to have spiritual things. To allow yourself to receive the bounty of all that surrounds us. I want to tell you a story.

I was thinking about this talk, and "havingness," and an image came to mind. When I was 17 years old, I flew on an airplane to Hawaii. I remember that it was cloudy in Seattle when I left (not unusual), and that as we climbed higher in the plane we started to go through the cloud cover. Eventually, we broke through all the greyness and we were flying above the clouds, and it was bright clear sunshine with blue sky. The clouds below us looked like a billowy carpet.

One of the things that struck me while I was on that plane flying in the blue sky with the cloud cover below us and going on seemingly forever, I realized that the sun didn't go away when it was cloudy. I just couldn't see it because of the clouds. This may seem like a real simple idea, but to me it was a major revelation. I guess that I had thought when it was cloudy and rainy, there wasn't any sun, it went away. But flying in that plane I saw that if you rose above the clouds any day, the sun was always shining, and there was always blue sky.

I was so happy, I was actually laughing while I was in the plane. My parents just thought I was odd, which in some ways is kind of true. But I was brought back to that image when I've thought about havingness, the ability to have.

For a long time, I thought that either you had the ability to have, or you had to go get some somewhere. Maybe I thought there was a havingness store someplace. I can remember trying hard to acquire more havingness. Well, havingness is a spriritual ability and so the effort of trying hard didn't do me much good.

You already are spirit, you already have the ability to have, to receive; but you may be experiencing blocks to that ability. I think of the blocks like clouds, the love of the Universe is always there, a shining clear light, it doesn't go away, but sometimes there are clouds/blocks in the way and it makes it hard to have or receive.

But the good news is that you can rise above your limits to having, you are spirit and you can let go and release the blocks that prevent you from having & receiving; Infinite Love, your clear communication as spirit, a new house, a new job, money, whatever it is that you want to have.

I personally have found that meditation, or some form of prayer that includes turning within and recognizing the eternal Good, can really be a healing force. And something else, you can ask for help; from a friend, an angel, the Universe. You can allow yourself to have assistance in clearing the blocks. All you need to do is ask.

One of the things I believe is that The Universe likes to give, all you have to do is ask and the allow yourself to receive. I also believe that there is this ever-shining light, the light of you as spirit, a spark of the Divine, the light of The Goddess, waiting to shine into your life. It's not like small samples of Light and Joy doled out sparingly, but all those things just waiting to come to you. All you have to do is allow your ability to have open yourself up to the abundance that already is. Ask for what you want and clear the blocks. Let the clouds move away and see that the sun is always shining and you already have the spiritual ability of havingness. 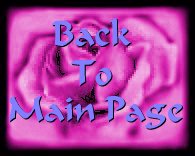